Morgan was getting ready to graduate from high school but it was apparent she was not going to get two of her most important teeth, known as laterals. Laterals are the side teeth next to your two central front teeth.

Because she had been missing them for years her canines had drifted into their place and no longer allowed for space for anything prosthetic. Her canines had to be moved out of the way first and only the could we create laterals.

Using the latest digital technology impressions and clear aligners known as Invisalign, we were able to not only move the canines but also make it appear as though she had these teeth again, even early on in her orthodontic treatment.

Now that we have made enough space, she now wears an aligner as a retainer until she is old enough to have dental implants placed.   The Invisalign aligners have a composite resin tooth colored material to keep her smile looking its best. 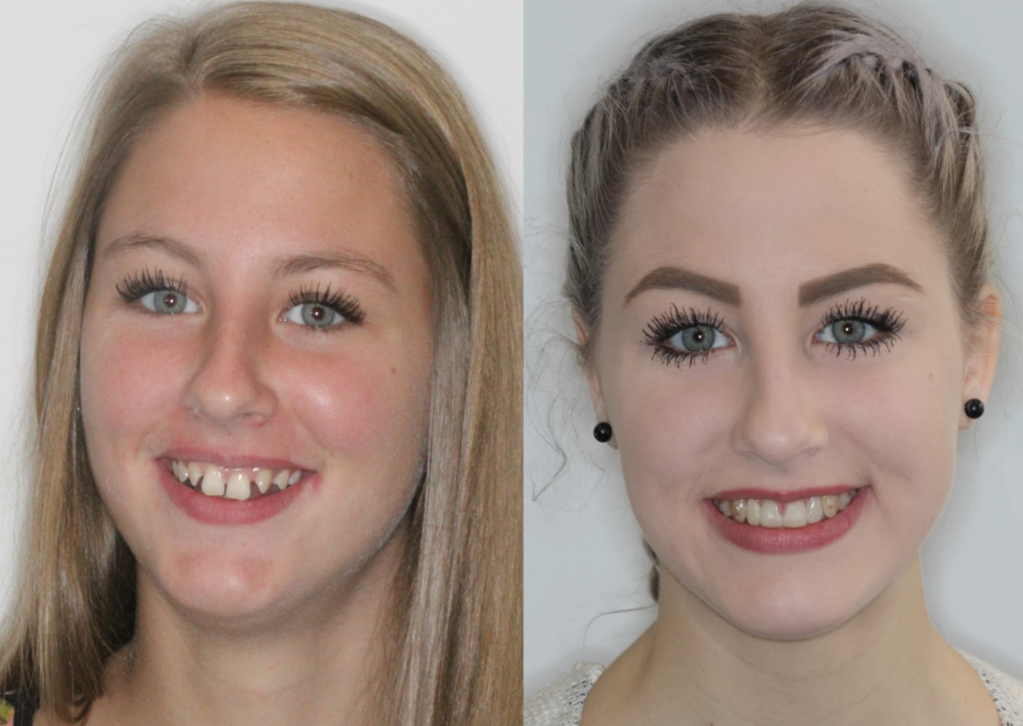